Change and Permanence: Space and Objects in Gotham Book Mart

Space and Objects: An Evolution

The evolution of Gotham Book Mart (GBM) can be observed through examining the way in which the space of its locations, and the objects that inhabited these spaces, changed over time. More specifically, in this post I am going to compare GBM’s first location in the theater district to its third location on 47th St by observing the ways in which space and objects defined the store’s approach to book selling and the way in which it fostered a community of people passionate about books and literature. 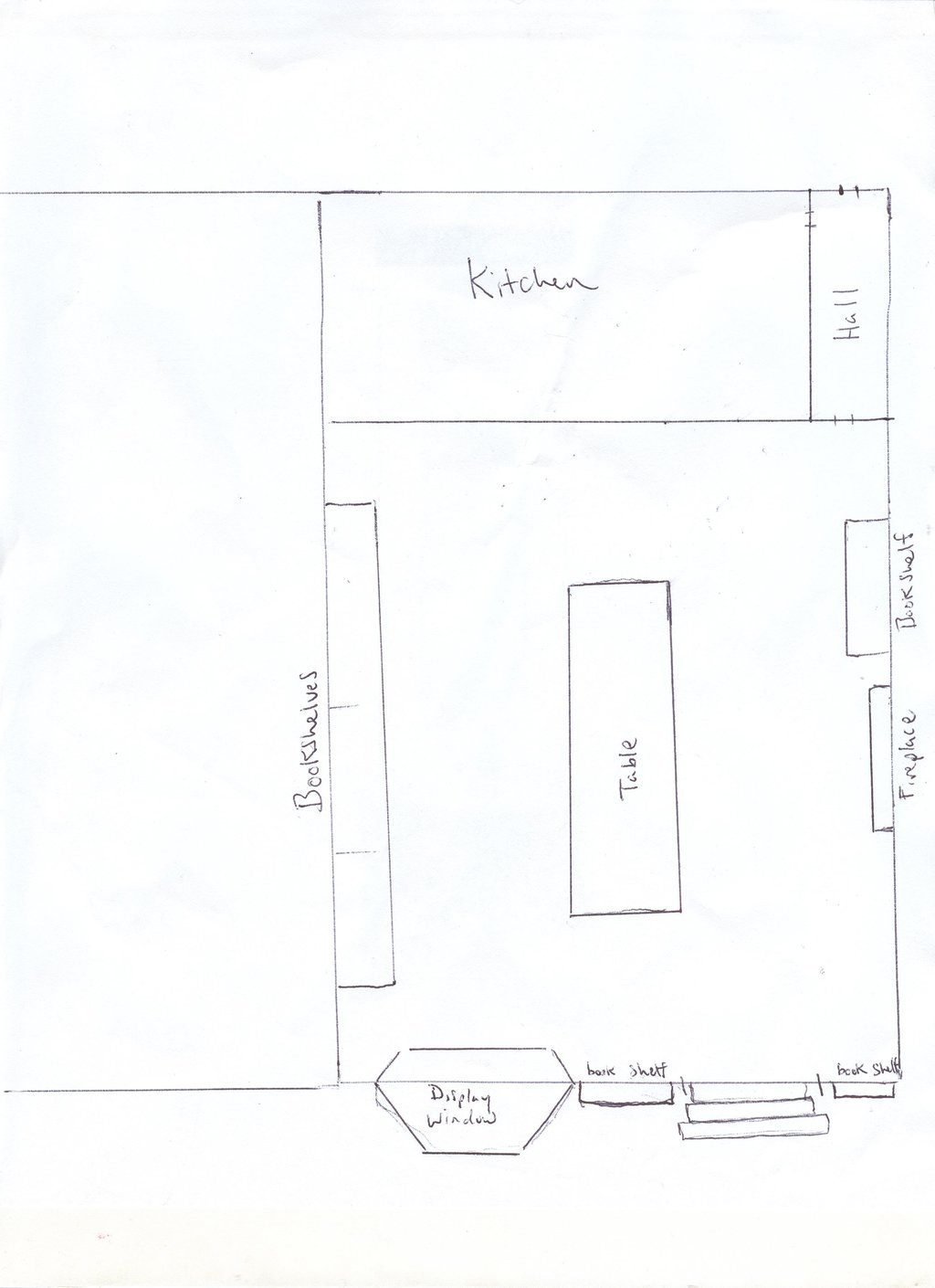 Prior to Frances Steloff opening GBM in 1920, she had had experience in the world of publishing but very little background in business and book selling. As a result, her venture into the world of book selling was an experiment, one that took a number of trials and errors in order for her to become successful. From the start, Steloff faced issues of space and inventory with the shop. For starters, the shop itself was not very large, which limited Steloff’s options for managing the space. Additionally, Steloff’s initial inventory of books was small, especially for a store where the primary products were books. Steloff, however, was able to overcome these challenges. Though her space was limited, she was able to use the shop’s cozy, humble atmosphere to her advantage. The shop was furnished to feel like a homey nook where the customer went not solely to purchase a product, but to enjoy the literature that she was purchasing. The front room contained “shelves, [a] fireplace flanked by two glass-enclosed cases,…and [a] long table running down the middle” (Rodgers 77), as well as “a rocker, three straight chairs, a typewriter with an oilcloth hood, a few framed pictures” (60). Steloff transformed the humble space into a homey, welcoming environment. As Benjamin declares of book collectors—which I believe is aptly applicable to booksellers—Steloff was developing “a relationship to objects which does not emphasize their functional, utilitarian value…but studies and loves them as the scene, the stage, of their fate” (Benjamin 60). Steloff was no longer simply selling a product but an experience. The challenges associated with GBM’s limited stock of books were also circumvented through Steloff’s style of running the shop. Steloff allowed customers to peruse her collection of books at their discretion, and did not attempt to direct the traffic of customers. The space of the shop reflects this: there are no aisles to confine the customer, but rather an open space in which the customer can roam at her leisure. Steloff understood that, as a novice book seller, she had a lot to learn from her customers and their tastes, so she let them navigate through the shop as they pleased. GBM’s customer base at its first location, which was in the heart of the theater district, was largely made up of people associated with the stage; as a result, Steloff began to stock dramatic literature and texts related to theater. Due to “her customers educat[ing] her,” writes Rodgers, “not preference but haphazard pressures1 turned her into a specialist in two profitable fields: art and theater” (74). Steloff’s customer’s responded favorably to her effort to adapt to their tastes. Rodgers relays the following anecdote in support of this: “A handsome young fellow stood staring into her three by three front window…He spoke first: ‘How much for the theater costume book spread open in her display case?’ It was her most expensive single volume. She hardly dared to answer: ‘It’s fifteen dollars.’” Despite the steep price, the young man purchased the whole collection without hesitation. 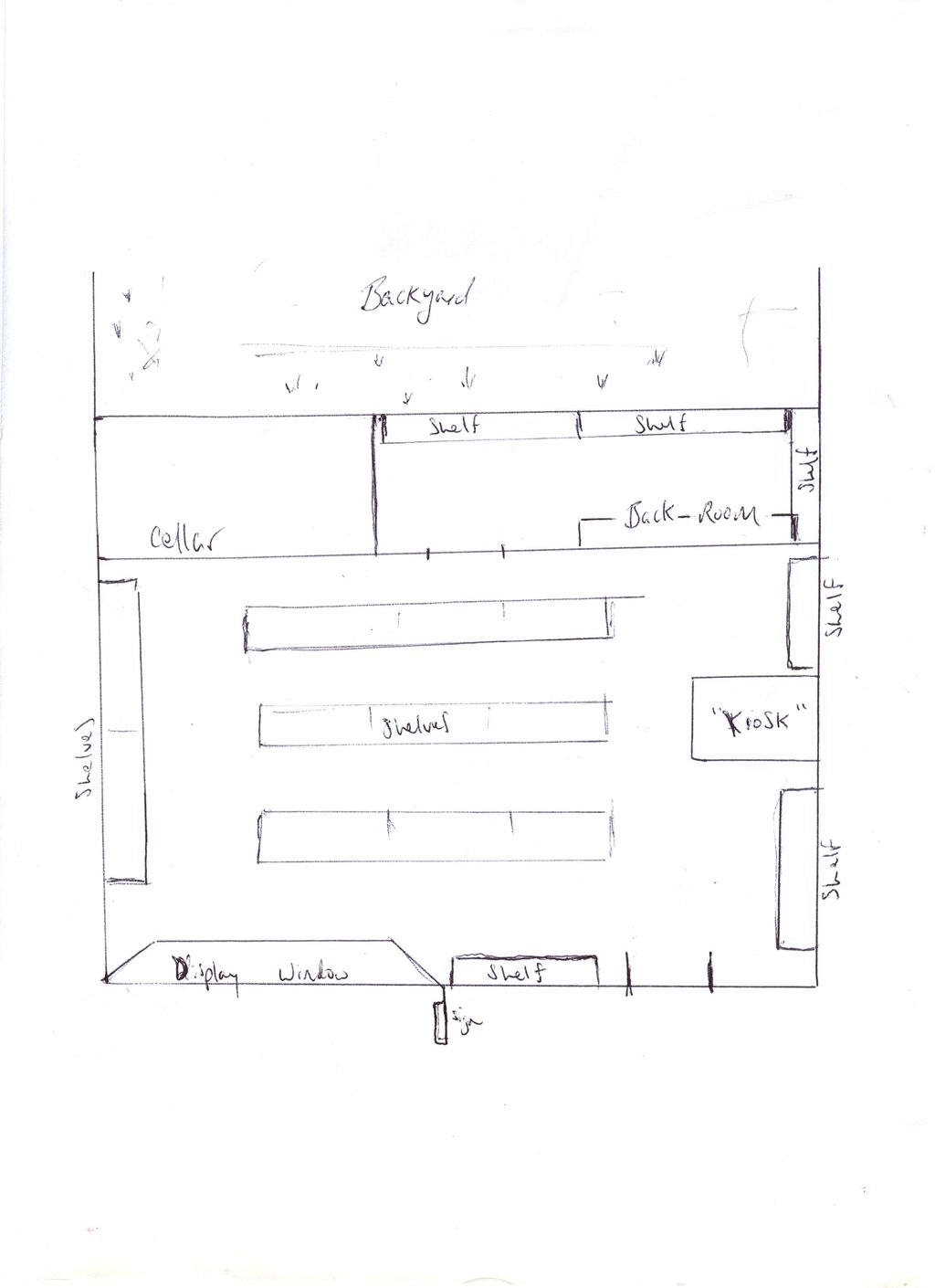 Mastery of the Trade

Comparing the space of GBM’s first location in the theater district to its third, and most successful, location on 47th St draws sharp contrasts. The shop on 47th St “had about three times as much space” (Rodgers 179) as the second location, which itself was much larger than the first location. This larger space, combined with the twenty-five years of book selling experience that Steloff accrued prior to moving to 47th St., afforded her greater creative control over the stock, space, and layout of the shop than ever before. Compared to when she first opened GBM, Steloff’s relationship with the customer had achieve a sort of balance: she still paid attention to the taste of the customer, but it no longer dictated the space and inventory of the shop—rather, Steloff was able to exercise her impact and influence to help shape customer’s taste in return. The space of the store on 47th St., unlike the first location, was divided into aisles that were flanked with bookshelves. This arrangement of bookshelves gave the store on 47th St. a greater sense of “place” by “carving out ‘permanences’ from the flow of processes creating spatio-temporality” (Cresswell 57). These “permanences”—or bookshelves—were “not eternal but always subject to time as ‘perpetually perishing’” (Cresswell 57)—i.e., the books on the shelves were constantly being sold, restocked, and updated. The customer could still roam at her leisure, but the aisles and categorization inventory directed the traffic of the shop. For example, Steloff devoted a bookshelf at the front of the store to small literary magazines and up-and-coming authors’ first works—her way of promoting literature that her customers may not be familiar with but that deserves attention.

In addition to manipulating the internal structure of the store, Steloff took advantage of the back courtyard to hold readings and garden parties to promote new publications and foster a strong community that bonded over books. Steloff was not shy about applying structural ‘permanences’ to the space of the courtyard as well: as opposed to leaving an open space for people to mingle freely while socializing, she constructed rows of tables displaying books to circumscribe and border the interactions.

Steloff’s ambitions to shape the perspective of those who came in contact with GBM was not limited to customers who physically entered the store. Rather, Steloff was willing to use the space and objects of her store to make an impression on the world outside. For example, the front display window often contained controversial literature, which was meant to intrigue and provoke passersby. GBM was also known for carrying banned or censored literature, which eventually drew the attention of the authorities and resulted in a run-in with the law for GBM. From the arrangement of bookshelves to the acts of protest against censorship, the evolution of GBM from its inception through its hey-day reflects the way in which space and objects—concepts that we hardly consider on a day-to-day basis, and when we do, think of as innocuous—can have a major impact on the world within and without.

1I.e., the tastes and whims of her customers.