For anyone acquainted with the era of the Beats for their literature, style, or mentality, City Lights Bookstore instantly rings a bell. This is important to the narrative of City Lights’ position in modern day North Beach, San Francisco because one of its main functions is a center for tourism surrounding Beatnik culture.

A quick Google search of “Beatnik Tours” soon reveals that the auto-fill function will assume you’re about to type “San Francisco” next. If you choose to go on the path that Google has chosen, you’ll instantly get results for Beatnik tours, bar crawls, and much more, all of which are centered around City Lights.

One of the popular tours boasts of beginning at City Lights and taking tourists to spots frequented by Jack Kerouac, Allen Ginsberg, and other big names of the Beat Generation, as well as spending time at the Beat Museum which is right around the corner from the bookstore. Two of the food stops on the tour are Vesuvio, located next door to City Lights, and Caffe Trieste, whose claim to fame is Allen Ginsberg writing there.

Between Vesuvio and City Lights there is an artistically decorated alley known as Jack Kerouac Alley where visitors can see murals as well as poems from Maya Angelou, Jack Kerouac, and John Steinbeck, and another stop is at 1010 Montgomery Street, Allen Ginsberg’s former residence and the location where he wrote Howl. 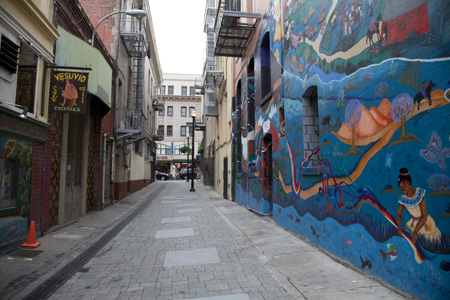 The following map shows the locations of these popular spots for the Beatnik Tours of San Francisco.

Clearly, much of the appeal of City Lights and the surrounding area has to do with its history and the famous faces who frequented there, but the culture created within the area seems to be a factor in why this bookstore has remained thriving.

City Lights celebrated its 60th anniversary earlier this year, and Executive Director Elaine Katzenberger was quoted as saying, “The goal was never to turn a profit, publishing and selling books in order to line some fatcat’s pockets, rather, the point was always to awaken and inspire, to sound the alarm against the deepening consumerist slumber and the violence of capitalism run amok. Books offer keys to visions and revelations, and a bookstore offers a place to encounter a community of others who might share them. That is why we’re still here, because there is a real and potent value in that.”

This notion seems to echo the idea that Laura J. Miller puts forth in Reluctant Capitalists when she defines community as such: “Community connotes the small social realm, such as a rural area, small town, or neighborhood, as against large, anonymous urban places. Community implies social bonds based on affective ties and mutual support in contrast to instrumental social relations directed primarily by the market. And community evokes a past steeped in tradition as opposed to a constantly changing present.”

Looking at the relationship between City Lights and other businesses as a community by Miller’s definition makes perfect sense in the fact that they’re all in a position of “mutual support” based on “affective ties.” Their history has tied them together, and they are in a position where there is no need for them to complete economically, which makes business collaboration very possible and even preferable. Because of this fact, it is easy for locals and tourists alike to get that sense of community when visiting the North Beach area.

The attempt that other businesses have made to become a part of that community even without sharing the history shows that there is an importance to being a part of it. Obviously in homage to William S. Burroughs’ most famous work, a café located next to the Beat Museum has taken the name “Naked Lunch.” This attempt to be a part of the Beatnik community that is found in North Beach, even without being able to say that any famous person from the era had frequented, spent a drunken night, or written anything on a dirty napkin there, points to the success of the businesses in the area being due to the tourism that is brought there. 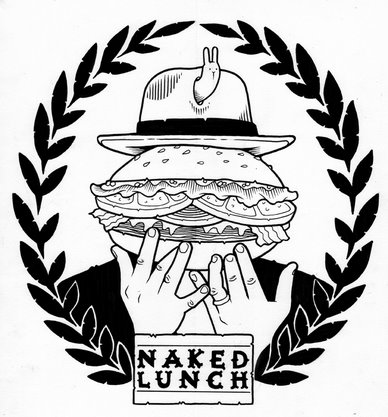 The importance of this bookstore’s place at present, relies heavily on its place in the past. The best way to understand why this may be is what Christopher Morley defines as a “spiritual genealogy.” He describes it as, “the way books we love reach out to other books, and how all of these interlacing roots of association wind together.” Not just books though, this idea can extend to people or places.

The tourists, locals, store owners, etc. all immerse themselves in the spiritual genealogy found at North Beach. They want to feel connected to the people they most admire or who most interest them, and that is a driving force in tourism.

City Lights’ function as a center for tourism and culture greatly defines its current place, physically and economically.