If I were to try and describe the total layout of Shakespeare and Company in one word, it would probably have to be cluttered.

An example of the overall “layout” for the books

Walking into Shakespeare and Company can be an overwhelming experience. There are books literally everywhere, stacked on tables, crammed into every space, with no apparent order to the chaos. Like an inexperienced wine buyer walking into a high-class winery it can be more than a touch overwhelming. With so many choices and no obvious markers of where one section starts and another begins, a new book buyer will be very intimidated more likely than not.  Due to the book’s arrangement on the shelves, prospective buyers often stand or crouch in place making it difficult to move through the store, thus creating an even smaller, and more narrow feel to the space set up by the cramped nature of the store.

Looking on the left-hand side and tilting your head you can see the “drama” sign hanging vertically.

But, underneath all this apparent madness there is some method to the madness. Hidden around and even on the shelves themselves are specific signs marking what can be found in that section of wall space. But these signs aren’t apparent, and often times their color pallet is similar to that of the books themselves, and as a result the store seems to encourage its customers to really take their time, slowly moving through the store, reading the covers and spines of their wares, in order to find what they want. This sort of approach to book sorting and storing indicates to me that they want people in the store, not necessarily people moving around in their store.

When looking at most of the pictures of the store I find that most of them are void of customers, scouring the shelves, or standing next to the books, with their noses in one. And when you look at these unpopulated pictures, the store looks open in places, but for the most part with a décor of books, the store continues to look like a space where people might find it uncomfortable to move around in unless they are very careful about how they move. To further help this slow-going attitude of interior design, the overall space proportions of the shop push people together, not as packed as the books on the shelves are, but close to it.  In such a space people might be more inclined to talk to one another if they are both perusing the same section of wall space.

Shakespeare and Company treat human space in much the same way as they treat ‘book space’, at a premium. But this is only on the first floor. The second floor is a little different, as there is no flash photography allowed on the second floor. This is due to very old, light-sensitive books set up for public reading, though confirming this has proven to be difficult to prove, as I have never been inside the store, nor have found any information that can either confirm or deny this. But there are reports from guests and bloggers who shopped at the store) that the second floor has these things from those, though there are no easily found photographs or video recordings to prove it.

With my best guess, the store keeps this treatment of space, people, and books deliberately and quite literally “close to the chest”. Practically speaking, yes the store occupies a rather narrow section of building and by necessity makes use of its space as best it can. But there are even smaller bookstores than Shakespeare and Company, and those stores by comparison are much more organized, labeling their sections very clearly and leaving room for the customer to maneuver, both around the bookstore itself and other people in the store itself. The idea that space is at a premium is taken to its logical extreme in the case of Shakespeare and Company’s layout. To me it doesn’t make much sense, to force complete strangers to be so physically close to one another for an extended period of time as each searches for what he or she has come into the store to find.

But it made me think, why would a store try to bring people together in space. In one section as you pass through the store on your way to the front door and the register you pass under an archway with two lines of block letters, in English, which reads:

“BE NOT INHOSPITABLE TO STRANGERS LEST THEY BE ANGELS IN DISGUISE”

This was a quote is from the bible, though worded slightly differently, and can be found the New Testament, Hebrews 13:2. George Whitman, the previous owner of the store (in its new location in the Latin Quarter” had this as a policy in his life, as well as in business. And this message for all to see in an archway inside the heart of the store is more than likely to have been a deliberate act by Whitman himself. The idea that one should be kind to their fellow book buyer, as they might be angels creates a sense of goodwill in what could otherwise be described as a cluttered and disorganized store. Perhaps he intended for the store to not only serve its function as place to buy books, but also as a place to create a new clean slate for everyone who walked into the store, and to know that they should treat others with kindness, for they would receive that same kindness in return. 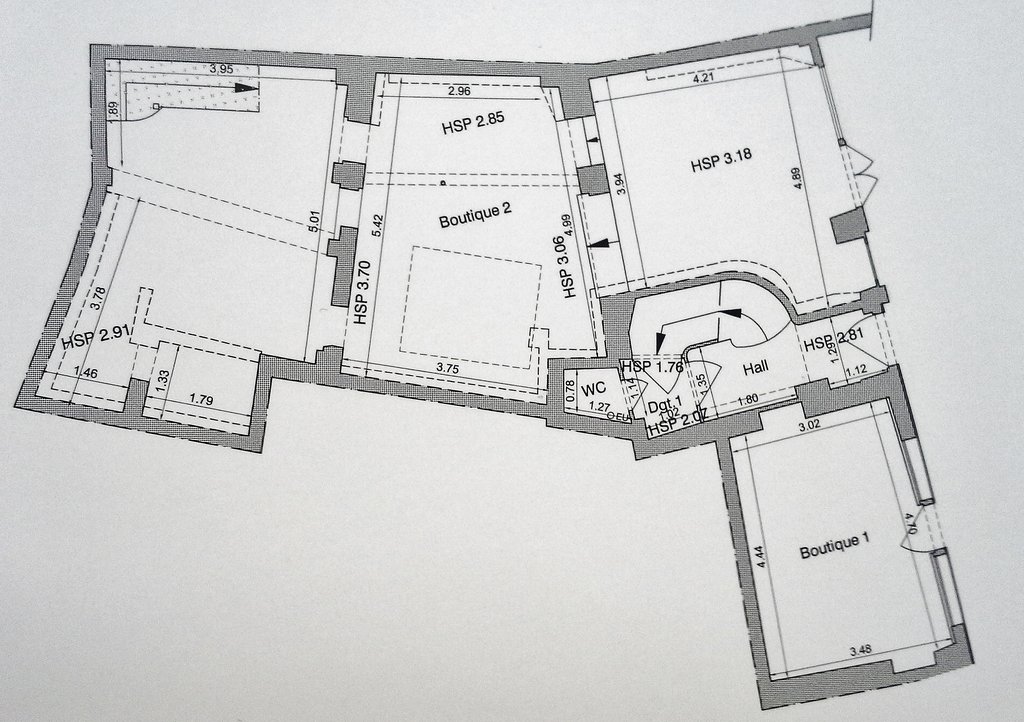