Most customers know what kind of store J. Levine Books and Judaica is from the moment they see the banner hanging outside, but if you happened to walk in not knowing it wouldn’t take long for you to realize the truth. This store is Jewish to its very core.

The window display features a variety of objects that the store offers, showing passersby a sample of what this store might be like on the inside.

As you enter the store, you immediately see that the store is filled to the brim with things. The store feels cluttered (because it is), and with clutter comes an aura of disorganization. This has been noted by many of the store’s reviews on Yelp. But despite the “mess” as some reviewers saw it, the store is still given mostly 5-star ratings. Perhaps this store’s customers do not care if the store looks disorganized as long as it has a good selection. And the store does have a good selection. In fact, the website features over 30,000 items. In the store itself the clutters makes the store feel as if the differences and distinctions between objects has become erased due to their common Jewishness, and they are merely placed next to and among each other on account of everything in the store being Jewish. Although disorganized, most of the main attractions have a system. The store’s floor plan clearly organizes the major objects by type. If anything, the store’s “mess” is a testament to the sheer quantity of books and judaica the store carries.

The clutter is evidence that J. Levine Books and Judaica is a collection. It is a collection of every aspect of “Jewishness” that can be imagined. In this way, the store’s clutter is not detrimental. Walter Benjamin speaks to this idea of collections and collectors in his essay “Unpacking My Bookstore.” He says, “there is in the life of a collector a dialectical tension between the poles of disorder and order” (60). This tension between order and disorder in the store is clear when you look at a floor plan of the store (provided below). Though there are clear, marked sections of the store on the map, the map can’t possibly show the clutter of objects that have no place or the sheer volume of objects the store possesses. 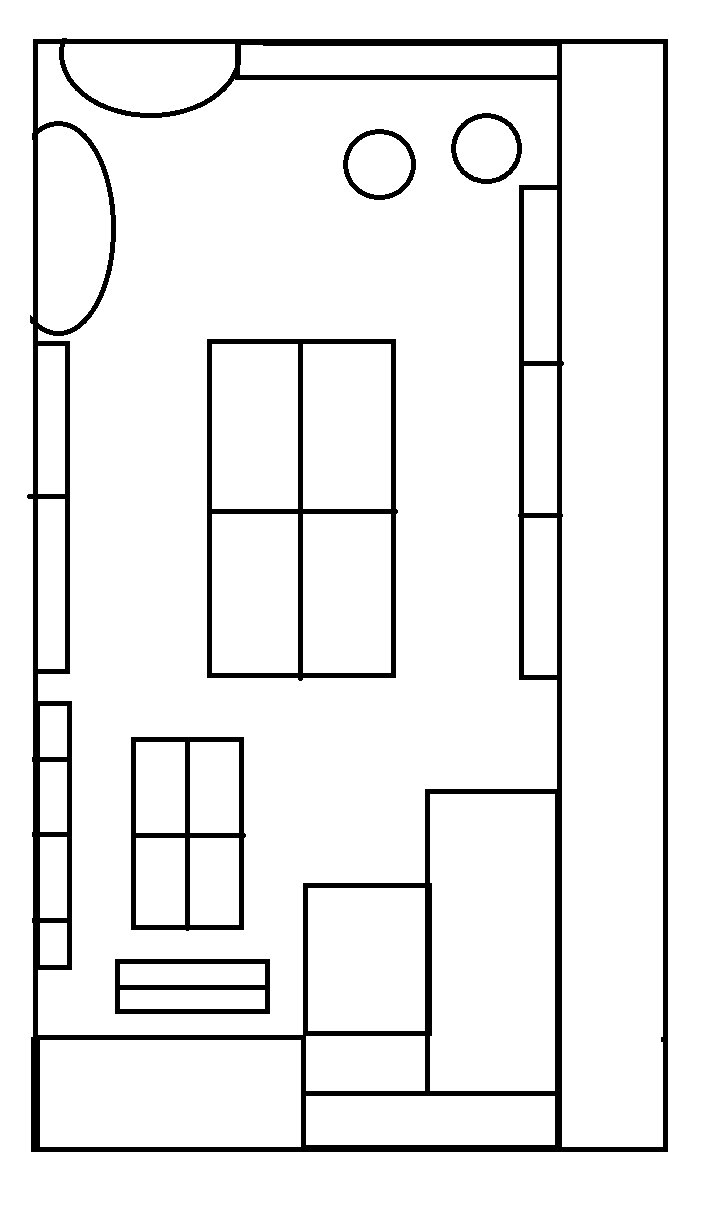 The store is full of many “things.” I put “things” in quotes because things are more than objects. Bruno Latour, author of “Why Has Critique Run Out of Steam,” has complicated my idea of what a “thing” is, and what an “object” is. An object becomes a thing when it has meaning or importance placed on it. We can say that the candlesticks that J. Levine sells are just objects, sticks of wax with strings running through them, but when a family comes in to buy those candlesticks for their menorah, those objects become things. That family has given those candlesticks a meaning and a purpose. In this way, J. Levine is a store of potential “things.” Every object in the store has been given a potential meaning just by the fact that they are labeled Judaica. They are not just objects, they are Jewish objects, and that means that they have been given importance. They are Jewish “things.” J. Levine Books and Judaica become a place where the idea of what “Jewishness” is can be complicated.

A Moses action figure and the plagues turned into toys are just some of the ways in which religion is turned into something fun to learn about.

I’m sure that many people think of religious books when the words “Jewish Bookstore” are uttered, but J. Levine Books and Judaica proves that there is more to being Jewish than reading the bible. Curiously, the bibles and prayer books are in the back corner of the store. Let’s imagine a potential customer. Immediately upon entering the store, they are greeted by the sight of the friendly employees at the register, eager to help people find what they are looking for. The bibles are straight ahead to the back. Before reaching the bible section of the store, a customer must first pass the “Intro to Judaism” section. Perhaps they’ll stop here and look around and realize that “Judaism” is a term that covers a whole host of topics. Maybe they’ll ignore this section, or maybe they are intrigued. They would then immediately be walking past a whole section devoted to cookbooks. If this doesn’t remind them that “Jewish” is a culture as well as a religion, the rest of the store will do that for them. If they continue past the cookbooks, they’ll then pass “History” before reaching the kid’s books section. The toys are also near the kids books. Here is a place where being Jewish is cool and fun.

If, upon entering the store, a customer decides to turn left, they would first encounter the gifts and art sections. It immediately becomes clear that this store is devoted to people, relationships and family. This is not surprising since  the store has been a multi-generational family business. As this anonymous customer heads towards the back of the store, they will pass the seasonal section, a reminder that life is not always static. The store goes all out when Hanukkah approaches, but that is not the only holiday to be celebrated. J. Levine Books and Judaica never lets you forget that there is more to Judaism than  Hanukkah. There is more evidence that life can be a Jewish experience when the customer reaches the back of the store. It is here that they find the Ketubah Center. Here, couples can begin the process of marriage and spending their lives together. If the customer than continues towards the register at the front of the circle, they will pass the children’s section (first comes love, then comes marriage…). As they leave the store, just by walking around the store they have created a kind of Jewish life cycle.

In the end, the store reveals that Judaism is not just a religion or a way to believe. Being Jewish means so much more than that. It is cooking. It is history. It is women and children. It is celebration. It is a way of life. It is more.

Latour, Bruno. “Why Has Critique Run out of Steam?”