Unpacking the Inside of A Comic Book Giant

Since its humble beginnings, Mile High Comics has developed into the leader of the comic book industry, to which it boasts the largest collection of comic books in the world. It has four stores located in Denver, Colorado, including the largest of them; the mega-store on Jason Street. Inside the store there are thousands of comic books that have permeated throughout the large warehouse. Every time a first time buyer walks through the office and enters the gigantic building, individuals are awestruck by the sheer massiveness of the place. It really is the ideal place for any collector searching for a nerd haven. Inside the bookstore, the comic books have been spread out in a peculiar pattern designed by the owner; Chuck Rozanski. Comic books are scattered throughout the store-some placed out, many others in boxes. I’m sure it can be overwhelming to anyone who doesn’t have a specific item they are searching for. On the top of multiple walls there are special edition comic books that have been posted to inside glass cases. In fact, there is 60,000 square feet within the mega-store, and 45,000 square feet of it is devoted to retail spacing. No matter where you turn, you will always find merchandise in your eyesight, and it is open seven days a week, making it consistently accessible to everyone.

On the wall closest to the entrance, and near the pay area, Rozanksi has put independent comics that have been created through Mile High Comics in a large glass case to proudly display and advertise homegrown creativity. Next to it, on the west side of the store, there are approximately 200,000 comics from the silver and bronze age for anyone in the market for older authentic comics from 1933-1982. These comics were purchased and moved to his stores by Rozanski in a blockbuster deal that helped make him the giant of the comic book industry that he is today. It is relatable to what James Clifford writes in his essay ‘On Collecting Art and Culture’, when he states “Authenticity, is produced by removing objects and customs from their current historical situation-a present becoming future” (228). Obviously, the older comics are very rare, and are no longer produced, giving Chuck Rozanski a monopoly in authentic comic books.  They are kept on a large display that is clearly one of the key highlights of the store that attracts collectors from all over the world. To see a video of the interior of the store, watch this:

But that isn’t even close to the amount of comics still inside the store, as Rozanski keeps about half a million comic books on tables’ setup in the middle of the store from the past 30 years. These are organized alphabetically, since they aren’t nearly as sought out by comic book enthusiasts, and are placed in boxes so any casual comic book fan can dig through the countless boxes to find what they are looking for. He also places comics alphabetically, so small press comics can get the same recognition as larger publishers. In addition, there are about one million more comics kept in the back of the store that isn’t assessable except by employees. That part of the store includes many lesser known small press comic books that aren’t kept on display. Even these sort of hidden articles of merchandise are hunted by collectors, and requests for comic books like these are frequent. This traces back to Walter Benjamin as he writes about collectors in his essay ‘Unpacking my Library’ “Naturally, his existence is tied to a very mysterious relationship to ownership…also, to a relationship to objects which does not emphasize their functional, utilitarian value-that is, their usefulness-but studies and loves them as a scene, the stage, of their fate” (60). For every comic book produced and given to the store to sell, there is someone out there looking to purchase and obtain that comic. It’s no wonder Mile High Comics has been thriving with such a passionate demographic.

Name brand comics, such as Star Wars and Star Trek, get their own sections devoted to themselves, and are prominently advertised throughout the store. The store sells out of popular comics like these quickly, especially comics printed within the past six months, which rushes them to replenish stock frequently. Mile High also places merchandise of famous publications all over the mega-store. In the middle of all the tables and boxes, there is even a children section that gives people at any age something to enjoy within the store. Mile High has more publications than any other store in the world, with over 100 feet worth of publications in the mega-store. Mile High has the largest selection of paperback comics in the world as well, kept neatly on shelves towards the back. Chuck Rozanski understands that there are collectors who are on a budget, and keeps around 100,000 comic books in the store for one dollar. He also has rare comics in lesser condition on tables for two dollars each. It’s fascinating that Rozanksi has been able to accomplish this without even borrowing any money to run the store, outside of the original mortgage on the warehouse.

There is a large space within the warehouse that has been set aside to for events. Rozanski holds auctions for people in his store to bid on more valuable objects, along with tournaments for various different games. He has guests well regarded within the comic book industry come into Mile High, giving the store another factor that places it out of a typical bookstore. Authors and comic book creators come in to sign autographs; which only attracts more fans into the store. In the very back of the bookstore, he keeps another 200,000 books on shelves that are so long that they contain 30,000 comics on one side alone. Here is a video of Chuck Rozanski planning an auction:

It is unique to see a part of the publishing industry netting so much profit, especially with Amazon taking over, but Mile High Comics has been able to stay ahead of the industry giant. In fact, Chuck Rozanski’s enterprise has continued progressing, with constant renovations under way to expand the store and produce more space to put products out. He gets shipments of new items every day that has escalated the amount of different publications sold beyond what anyone- even Chuck Rozanksi himself, can comprehend. To see a floor plan of the interior of the Mile High Comics mega-store, check out the floor plan: 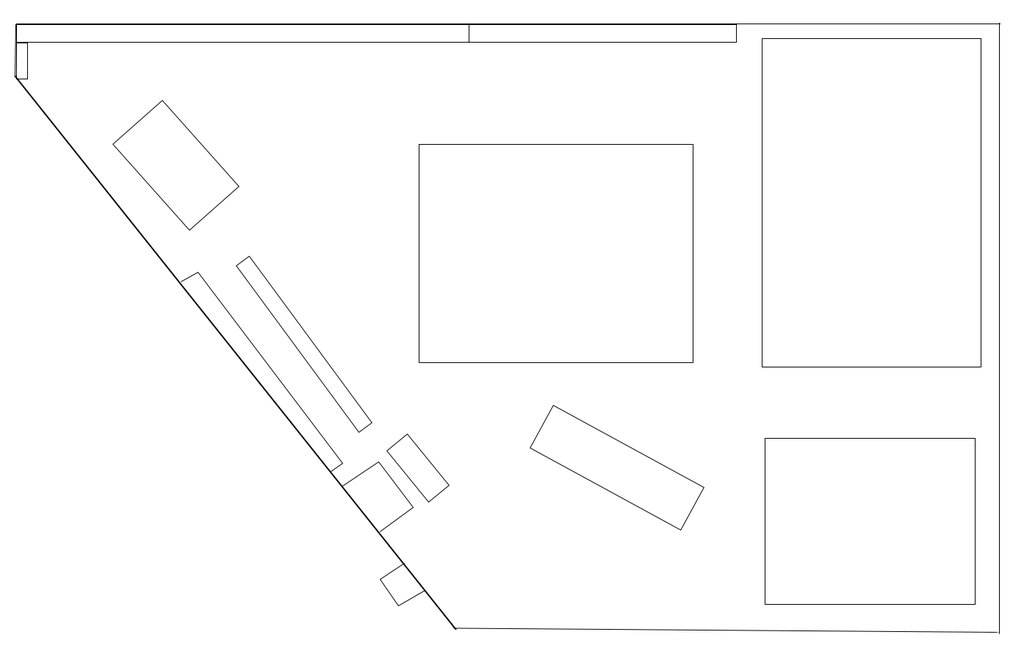