How to Sell Books in a Shoe-Box: Eso Won Books

California native, Lewis Buzbee, wrote a memoir titled The Yellow-Lighted Bookshop, where he describes his first time in Printers Inc. Upon entry, he says it feels like a bookstore and shaped like a shoe-box, explaining, “One narrow end of the shoe-box opened into the street, and the long, and the long high sides of the store, lined crammed shelves…The shoe-box is a good shape for nearly any retailer” (68). When one first thinks of a shoe-box, the first thing that comes to mind is a rectangle. But maybe a shoe-box store is more than the construction of the wall. Maybe a shoe-box store represents further than Buzbee’s mental image.

An angled view of the store highlighting the length and openness of the layout. (Image 1)

When I was growing up, I kept a shoe box with keepsakes which were attached with memories I never wanted to forget. I had a purple glittered diary with a broken lock and many spelling errors. I had notes passed from my best friends, detailing the plans for marriage and recess. I even had a hand-drawn thank you card from my first crush, which I was supposed to give to my father for chaperoning. Even though there were fifteen more things in this box, they all represented what I had gone through and where I had come from. And I did everything in my power to preserve my identity through the items in the shoe-box. So in that light Los Angeles based, Eso Won Book’s, provides cultural preservation through their stock of literary keepsakes, selling African-American literature.

From the birth of Eso Won in 1988, owners, James Fugate and Thomas Hamilton, intended to use their store as habitat for African-American culture (Drew). Fugate said, “We concentrate on the wide diversity of books by and about Black people. That makes it far and away more interesting than a lot of mainstream bookstores” (Carter). Fugate notes chain bookstore’s deficits. Since stores like Barnes & Nobles tend to have a huge stock, they also do not have a large diversity of books within minorities. But Eso Won Books targets the largely black population in Los Angeles where Barnes & Nobles targets mass populations across the entire nation.

As the store moved several times over the past twenty years, the owner’s stock never changed in purpose. From Barack Obama to Tyra Banks, Eso Won still stocks titles written by, for, or about African-Americans. And at Eso Won black literature is not a subculture nor is it a genre. Rather it is the stock, preserving African-American culture throughout the years. Importantly, Eso Won extends the definition of culture through novels, history books, cook books, social sciences, children’s books, and has been extended to cds. The floor plan seems to be spread out with a lot of room not only for browsing but for building the community. 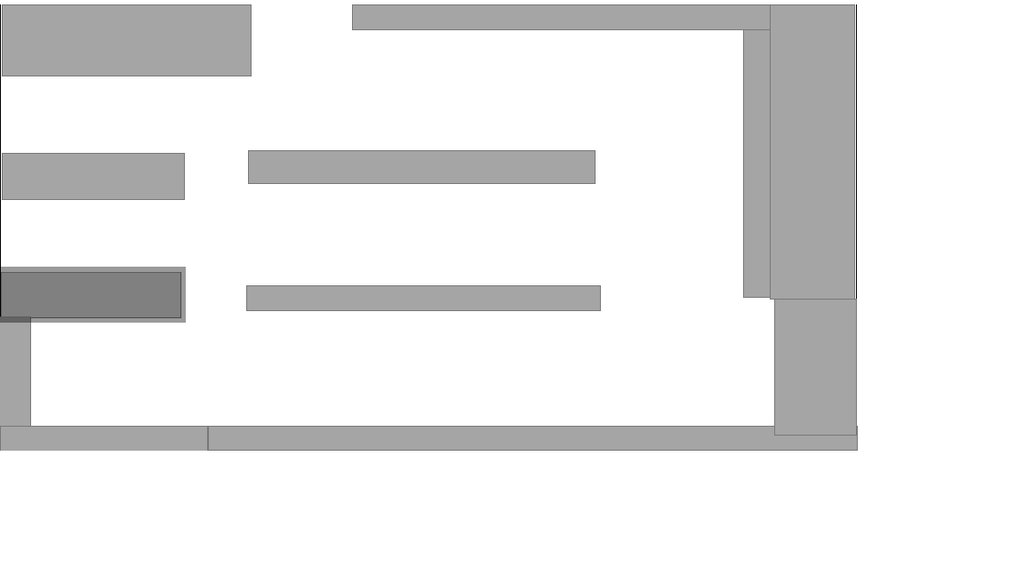 During signings and readings, the open floor space becomes a stage and an audience. Foldable chairs are easily set up and taken down. (Image 3)

So many of the bookshelves line the walls of the store, creating the maximum amount of room for foot traffic. And even the standing bookshelves in the middle of the store also have a lot of air in between. Families and friends can come together and bond over the shelved books. Likewise as Eso Won prides itself on hosting book signings, readings, and speaker, it has created a layout that will allow for event coordinating. In the back of the store there is a large area that is used for fold up chairs and tables.

Upon entering the store, there are shorter display tables and shelves inviting customers within and

Many shoppers enjoy the open layout of the store which allows the friendly owners only a glance away. (Image 4)

opening to the floor plan. The front desk is located relatively upon entry to the side where the co-owners can interact with customers as they enter while monitoring the area. Even though the floor plan doesn’t offer seating or nooks similar to many bookstores, the open area allows for constant interaction with fellow customers and employees, reinforcing the store as a community center.

In the children’s section they stock books spanning from kindergarten reading levels to young adult. Many of these books have been published within the last ten years which shows how they keep their stock up to date. Likewise, many of their books center on empowerment. There is a children’s book on Martin Luther King Jr. and his “I have a dream speech,” which many people do not read until college.

Many of the children’s books invite young readers to imagine what life may have been like as a African forced into America or trying to escape slavery like Harriet Tubman. (Image 5)

In the same section is a book titled Malcolm Little: The Boy Who Grew Up to Become Malcolm X, detailing the childhood of a boy who saw injustice. Even though they are books imaginatively illustrated with short sentence structure, the content impacts past the last page. There are also a lot of books written by female authors (black female authors too), and the books highlight the experiences of young black girls equally empowering both genders.

Likewise, Eso Won Books has a large representation of political books, particularly President Obama and his family. Not only is it in gratitude to the president for hosting a signing at their store, it is also because he represents a milestone in African-American

Eso Won Books focuses on an open area to build their store as a community center. (Image 6)

history. By stocking books centered on black men and women in political power, it spreads equality through literature.

However, many people do not always recognize this ideal. Journalist, Sandy Banks, wrote in the Los Angeles Times “The shelves are a jumble of topics, perspectives and genres: A novel by actor Blair Underwood about a ‘gorgeous sexy actor and former gigolo’ sits next to Slavery, Resistance and Freedom, a collection of historical essays. On the clearance rack, I found Rebellion in Chiapas, an Historical Reader, and a thick tome featuring 600 Hong Kong movie reviews” (Banks). While it may seem as though the store floats from Hollywood to history lessons, what Banks foregoes is the cultural tie connecting these titles. These books coincide through their equal representation of the African-American culture. Besides if Banks had done her homework, she would have seen that most shoe stores don’t serve as cultural sanctuaries. But then again, bookstores are not shoe stores, and they most certainly do not always abide by the standard business norms. As scholar Laura Miller writes in her book, even though the bookstore is in a capitalist system, many booksellers see themselves as cultural deacons, serving to a higher calling than capitalism, and they tend to not work in the field for money (27-28) And in this scenario, Fugate and Hamilton use their store for the conservation of African-American culture, disregarding business norms.

According to the Eso Won website, EsoWon (African for “water over rocks”) is a living proverb as it provides fluid, safe, stirring opportunities that flow to a reservoir of knowledge for all people to experience. (Image 7)

While walking through the store, books are not the only items kept to remind themselves of their own lived history and the history of their forefathers. Fugate and Hamilton have kept trinkets from visitors and their own Eso Won Books memorabilia. Likewise, they have decorated the store with items that will connect customers with the store’s purpose. There are hand-made quilts draping from the ceiling, sewn with historical scenes. And there are stone statues welcoming customers as they come in. With the first step customers face a history that may or may not be theirs, but Fugate and Hamilton have allowed anyone access to their own memory box of what they treasure.

Within the decade, Fugate and Hamilton began selling CDs as their customers requested another taste of African American culture. (Image 8)

For a deeper look into Eso Won Books, view this video.